West Virginia is located in the eastern United States – a region littered with metropolises – yet is deceptively-rich in-game species. This document is designed to give individuals interested in taking advantage of these hunting opportunities the basic information required to successfully do so. Readers are also advised to peruse related, official West Virginia Division of Natural Resources (DNR) documentation, which is hyperlinked throughout this text.

How to Get a Virginia Hunting License

Those wishing to buy a hunting license also have the option of visiting one of the many license dealers located throughout the State. The DNR has provided an online list of such tradesmen, where users can easily search for vendors by county. 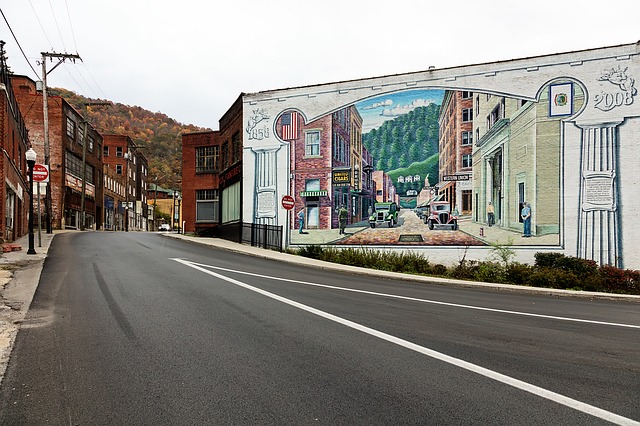 Eligibility for a Virginia Hunting License

Both residents and nonresident hunters in West Virginia are required to possess a license. But there are age regulations governing the acquisition of licenses. For instance, a license is required of all local hunters who are at least 15 years of age. However, those between the ages of 15 and 17 are eligible to buy a Junior Sportsman, which costs a bit less, as opposed to a traditional hunting license. Nonresidents also have a Junior Sportsman License of their own, which can be purchased for those between the ages of 8 and 17. While on the field, youth hunters must be accompanied by a licensed adult.

West Virginia has some of the least expensive prices in the country when it comes to hunting licenses for residents. However, as with most other States, the same costs significantly more for nonresidents. Moreover, it should be noted that all hunters are required to buy an additional Conservation Stamp, which again is priced higher for nonresidents, though in general, it is not costly.

Where to Hunt in West Virginia

There are a number of public venues hunters can use to practice their sport in West Virginia. For instance, the DNR maintains over 70 Wildlife Management Areas (WMAs) that hunters can take advantage of. The DNR also manages a number of State parks which they encourage hunters to use.  However, special conditions apply in gaining access to these.

West Virginia doesn’t have as high a percentage of privately-owned land as some other States yet most of the land still belongs to non-governmental entities. Owing to this, hunters may be compelled to access these private areas for additional gaming opportunities. However, before doing so, they are advised to get the consent of the proprietor of the land. Moreover, gaining access to private lands may require a monetary exchange between the hunter and landowner. An independent party has put together a shortlist of both public and private areas in West Virginia that it recommends to hunters of the big game. To view that list, please follow this link.

These are a few of the hunting regulations which govern this recreational activity in West Virginia. Most of these were derived from the DNR’s hunting regulations manual, and interested parties are strongly advised to go through that document for additional information on these and other guidelines.

If you are going to be hunting in West Virginia, then it is very imperative that you familiarize yourself with the various hunting seasons for the various huntable game animals and species of the state. So without further ado, let’s take a quick look at these seasons below.

The most popular game animal in West Virginia is deer. In fact, there are actually “too many” of them in certain parts of the State, which hunters are advised to visit. Deer have a number of seasons, but they all fall within the range of the last third of the year and a brief period after the turn of the New Year. And the same generally applies to bear and wild boars. However, bears can also be hunted in late Summer /early Fall and wild boars later into the new year.

Turkeys have two seasons. These seasons generally occur in the Fall and Spring. The Fall seasons collectively encompass a month in the latter part of the year. The same goes for Spring, only they occur shortly before mid-year. Furthermore, during the general spring turkey season, only the bearded variety can be taken.

Hunters can have a good time pursuing the above-mentioned species, as each of them has seasons that last multiple months. They all also fall within the vicinity of late in the year, going into the early part of the next. In addition to the aforementioned species, the season for ring-necked pheasants is also open during this period, though it is noticeably shorter than the others.

Migratory game birds such as mourning doves, rails, snipes, and woodcocks also have seasons that take up the latter third of the year. The seasons for waterfowl such as coots, ducks, mergansers, and geese also fall within this timeframe, though they can be hunted later into the New Year. Brant season is exclusively after the New Year and lasts for a single month.

Game Species that are huntable all year round

There are some game species that can be hunted throughout the entire year in West Virginia. As of the publishing of this article, these species include coyotes, English sparrows, European starlings, opossums, pigeons, skunks, weasels, and woodchucks.

Hunting guides and outfitters are there to ensure that we have fruitful expeditions when out on the field. There are a number of such experts whose services you can utilize in West Virginia. Below are a few that you may consider contacting to offer assistance in your next gaming excursion:

Some hunting professionals also offer their facilities for fellow hunters to lodge at while on expeditions.  Below is a brief list of such institutions, complete with contact information, located in West Virginia:

The harvesting of big-game species (bear, boar, deer, turkey) in West Virginia must be registered with the State. There are three ways for successful big-game hunters to do so. First is online via the DNR’s Electronic Licensing & Game Check System webpage, which as aforementioned requires users to create an account. Second is to call the appropriate telephone number as provided by the DNR. Finally, gamesmen and women can do so by visiting an authorized hunting license agent. Hunters should note that if they choose the last option, carrying the carcass to the license vendor is not necessary.

Also, as with other parts of the United States, hunters who intend to pursue migratory game birds in West Virginia must first register with the Harvest Information Program (HIP). This procedure can be conducted at any authorized hunting license vendor as well.

West Virginia not only has an overflow of deer, but hunters looking for other big game such as bears and turkey will be satisfied as well. And what’s more, there is also a plethora a small game and game birds to be taken advantage of, some on a year-round basis.

Q. What qualifies an applicant for a hunting license as a resident of West Virginia?

A. There are three general criteria by which an applicant can claim residency in West Virginia. One is having been a permanent resident of the State for 30 consecutive days prior to application. Second is active military personnel who may be stationed elsewhere yet were West Virginia residents when they went into the service. The third is for full-time college or university students who are studying in the Mountain State.

Q. Can electronic calling devices be used for hunting?

A.  Yes. However, there are restrictions. For example, bear, boar and deer cannot be hunted using such gadgets during nighttime hours.

A. In general, such technologies cannot be used, unless you are hunting coyotes, foxes, raccoons, skunks or opossums.

A. Yes, falconry is permitted, but practitioners must first possess a Falconry Permit.

Q. Can I hunt on Sundays in the State of West Virginia?

A. Yes, you can. Hunting on Sundays was recently made legal throughout all of West Virginia.