If you have chosen Virginia as a place you would like to hunt, you have made a sound decision. The Mother of States not only has an admirable array of furbearers and bird species to offer, but this beautiful state also has deer, turkey and the more-elusive bears. If you are a hunter who is interested in practicing your craft there, this document will provide you all of the basic information you will need about license acquisition, hunting seasons, species available, etc. It is designed to be used as a companion to official Virginia’s Department of Game and Inland Fisheries’ (DGIF) documentation, which you will find links to throughout this text. 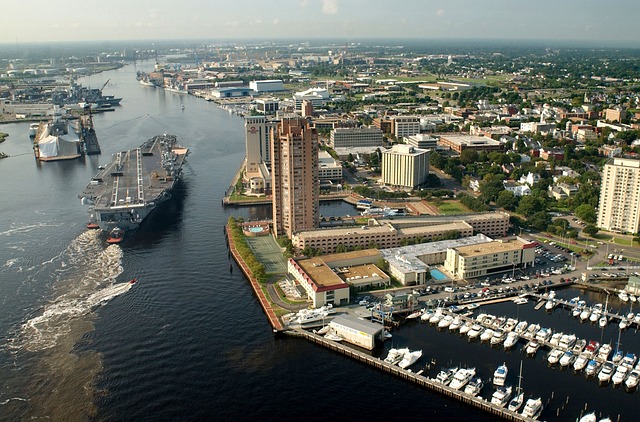 How to Get a Virginia Hunting License

There are four primary methods by which interested parties can apply for a Virginia hunting license. The first is online by visiting the DGIF’s “Go Outdoors Virginia” website and clicking the “Licenses and Permits”. The second is by downloading and installing their Go Outdoors Virginia app, which is available for both Apple and Android devices. The third is calling the DGIF directly using the telephone number listed on their website. The fourth is to actually visit an authorized license dealer in-person. In that regard, the DGIF has compiled a handy “Locate an Agent” webpage that enables users to search for vendors by city and then displays their actual locations on Google Maps.

Who is Eligible for a Virginia Hunting License

All active hunters in the State of Virginia who are at least 12 years of age need to have a valid hunting license. Resident hunters under the age of 12 are not required to get a hunting license.  However, nonresident hunters of the same age group are. Moreover all hunters under the age of 12, both resident and nonresident, can only go on the field if they are being directly supervised by a licensed adult. Senior resident hunters (ages 65 and above) do not require a license to hunt if they are doing so on private property within their local city or county. Also, landowners and their immediate families, both resident and nonresident, do not need a license to hunt on their own property.

Where to Hunt in the State of Virginia

There are a number of different hunting venues hunters can take advantage of in Virginia. First, are the Wildlife Management Areas (WMAs) that are maintained by the DGIF. These areas are public access. There are over 40 WMAs in all, with many of them offering a wide variety of hunting opportunities. A list of Virginia’s WMAs, as well as the hunting opportunities they each have available, can be found on this webpage.

Other hunting lands that are available to the public are National and State forest and parks, as well as federal refuges, military areas and some zones owned by the U.S. Army Corp of Engineers. Many of these areas have their own seasons and regulations, so proper documentation should be consulted for more details.

Over 80% of land in the State of Virginia is privately-owned, and under such circumstances, a hunter may be strongly compelled to utilize such areas in the name of additional gaming opportunities or even in pursuit of wounded quarry or dogs under the hunter’s employ.  However, before venturing on private lands, it is mandatory that the hunter first obtain the permission of the landowner.

Below are a few general State-mandated rules that govern hunting in Virginia. For all up-to-date and detailed information on all regulations hunters have to follow, interested parties are advised to download the latest version of the Virginia hunting guide from this website.

Hunting Seasons In The State Of Virginia

Below are the hunting seasons for all of the prominent game species in Virginia.

Bears can be legally pursued from the latter fourth of the year into the early part of the next.  The same goes for deer, though there are special seasons where they can be taken shortly before mid-year in some counties, as well as there being an Urban Archery Deer Season that also includes the first third of the year. Turkeys have two general seasons, one in Fall and the other in Spring. The Fall seasons last throughout the last third of the year and into the early part of the next. The Spring seasons are in effect for approximately a month and a half shortly before the middle of the year.

Small game species available in Virginia include crows, groundhogs, grouse, quail, pheasants, rabbits and squirrels. The hunting of crows spans almost the entire year with the exception of a few months in the middle but is restricted to practice only during certain days of the week.  Groundhogs can be hunted during any time of the year on private land. On public lands, they can be pursued during the last quarter of the year and the first next of the proceeding one, in addition to some other times as stipulated by the State. In some parts of the State, the hunting of grouse is limited to the latter third of the year into the first third of the next. In others, it is completely unlawful. The legal hunting of quail and pheasants is available to hunters for a few months around the new year, and the same goes for rabbits. Finally, squirrels have two seasons. One is in Fall and lasts from the beginning of the latter third of the year and goes well into the first quarter of the next. The Spring season runs briefly in the middle of the year and is unavailable on national forest lands.

Species that fall under this category in the State of Virginia are brant, coots, doves, ducks, gallinules, mergansers, moorhens, rails, snipe, swans, teals, and woodcocks. Falconry also falls under this classification. The seasons for doves basically range throughout the Fall and into the early part of Winter, and the same goes for coots, mergansers, woodcocks. Gallinules, rails, and moorhens share a common season that encompasses Fall. Brant, snipe and tundra swans can be hunted from the latter part of the year into the early part of the next. Teal can only be hunted in the early part of Fall. Duck seasons are in effect throughout the latter part of Fall into the early part of Winter. Goose seasons collectively take up all of Fall and also include almost the entirety of Winter. Finally common to the hunting seasons of many migratory birds, falconry is permissible during the last third of the year and incorporates a couple of months after the new year.

Furbearers available in Virginia are bobcats, coyotes, foxes, opossum, raccoons, and skunks.  Bobcats have two seasons which together take up all of Fall and most of Winter, and the singular season for foxes falls within the same timeframe. Coyotes and skunks can be hunted year-round with the exception of on government-owned lands, where they can basically be hunted throughout the entirety of Fall and Winter. The hunting of opossums and raccoons is permissible throughout most of Fall and Winter.

Wild pigs are classified as a nuisance animal in Virginia, just as they are in many other States.  As such, they can be harvested year-round and to the heart’s content of the hunter. However, most feral hog populations reside on private lands, with the DGIF not releasing the locations of such sites to discourage trespassing.

Hunting guides and outfitters are invaluable professionals who can make the difference between a successful hunting expedition and a fruitless one. Below is a shortlist of such specialists that operate in the State of Virginia.

Some guides and outfitters also have their own lodges. These are not only conveniently close to game but also serve the purpose of keeping hunters in a productive environment throughout their excursions. Below are a handful of such institutions in Virginia that interested parties may consider contacting:

Successful big game (bear, deer, elk, and turkey) takes must be recorded and reported to the State. The first step is validating their respective tags, and there are a couple of ways of doing so. For deer and turkey, it can be done online via the OutdoorsVA mobile app. For other species as well, like deer and turkey, there is also the traditional way using the actual physical tag.

Afterward, the animals must then be checked, which includes a few methods of its own. Deer, elk, and turkeys can be checked using the aforementioned mobile app, online using the DGIF’s Game Check site or via telephone at a phone number provided by the DGIF. However, bears must be physically checked at an official bear check station. The locations of these posts can be ascertained by either calling the DGIF at the phone number listed on their website or using the searchable directory of check stations they have posted online.

Additionally, all hunters, even those who are operating on exemptions, must register with the federal Harvest Information Program (HIP) before pursuing migratory game birds and waterfowl. At the conclusion of the season, successful harvests of such species must be reported to the program. Information is collected under this initiative for surveying purposes.

Virginia is fortunate to be rich in hunting species, including coveted big game like bears and deer. This document was designed to give you all of the basic knowledge and links you need to get started on becoming a successful hunter in the State of Virginia, and in that regard, we wish you the best and happy hunting!

Q. I am a landowner who is considering granting hunters access to my property. What liabilities do I face if they are injured on your property whilst hunting?

A. Under Virginia State Law, landowners are free from liability if they don’t charge hunters to access their property or if such injury is not due to overt carelessness on the part of the landowner. Landowners also have the right to request that hunters purchase insurance before being granted access to their lands.

Q. Some States have regulations against selling products made from a deer carcass. Is Virginia amongst them?

A. No. So long as a deer or elk has been legally harvested, their body parts can be bought and sold. However, this does not apply to their meat (venison) or organs, which cannot be legally traded.

Q. Are there any exceptions to the rule of having to wear blaze colors during firearm deer season?

A. Yes. Hunters who are pursuing waterfowl, doves, and foxes on horseback without the use of firearms or are training dogs on the field are exempt from having to wear blaze orange or blaze pink during firearm deer season.

Q. Can snakes be hunted in the State of Virginia?

A. No, snakes cannot be killed unless they are causing a health hazard or some other form nuisance.

Q. I noticed that fishers are not amongst your listed species of furbearers.  Are they available for hunting in Virginia?

A. Hunting fishers is illegal in Virginia, and verifiable sightings of these animals are to be reported to the DGIF.

Q. Is the use of electronic-calling devices permissible when hunting in Virginia?

A: Yes, hunting with such devices is permissible for some species (bobcats, coyotes, crows, foxes and raccoons) but not for others.