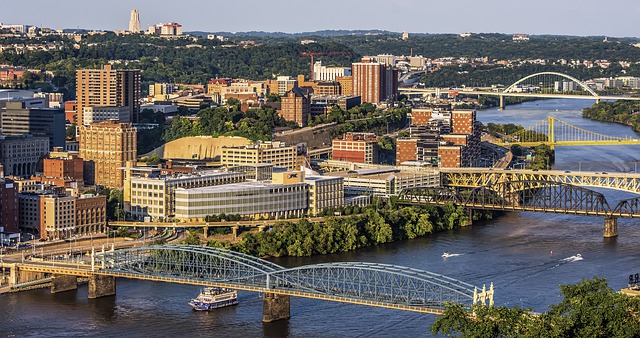 Pennsylvania has made it easier than many other States when it comes to gathering information pertaining to legally hunting therein. And this should be good news for hunters living in the East Coast metropolis who are interested in taking deer, elk or even bear without having to travel a long distance to do so.

Further helping the cause of educating hunters on outdooring in Pennsylvania is this document. It is designed to give interested parties all of the general information they need to get started on an expedition, from acquiring a license right down to finding the right professional to aid you in gathering equipment and hitting the field.

In this document, you will notice many hyperlinks. Most of them point to webpages published by the Pennsylvania Game Commission (PGC) which will provide you with additional, official information that expounds on the various topics discussed herein.

Licenses are required to hunt wildlife in the State of Pennsylvania. Interested parties are advised to buy a Pennsylvania hunting license online via the PGC’s Online License Sales site. Once purchased, hunting licenses can take up to 10 business days to arrive via conventional mail. With exceptions of licenses for antlerless deer, snow geese and Hunters & Trappers with Disabilities, most others can be purchased online.

However, to expedite the process, licenses can also be purchased in-person. And in that regard, the PGC has published an online map of official License Issuing Agents to assist in finding the one closest to you.

In general, the minimum age to receive a hunting license in Pennsylvania is 12 years old. All first-time hunters are required to successfully complete the Basic Hunter-Trapper Education (HTE) course before being eligible to purchase a standard license. The minimum age to enroll in the course is 11. HTE certification is accepted throughout North America.

There are dozens of hunting licenses, add-ons, permits and what have you available in Pennsylvania, including specifics for fur takers, members of the military and of course nonresidents of the State. Nonresident licenses cost more than those for residents, particularly when it comes to a standard adult hunting license, which is priced several times higher for nonresidents. However, in general, hunting licenses issued by Pennsylvania are relatively-affordable, and the price difference between residents and nonresidents isn’t as significant for the likes of archery, muzzleloader or even bear permits.

The PGC encourages mentorship for inexperienced youth and adult hunters and has established initiatives in this regard which cater to both residents and nonresidents. Through the Mentored Youth Hunting Program, children 11 years old and younger are granted the opportunity to legally hunt squirrel, cottontail rabbits, doves, woodchucks, coyote, deer, and turkey. Nonetheless, they must be accompanied by a licensed mentor who is at least 21 years of age. Only one firearm is permissible between a youth mentee and an adult mentor, and it must be carried by the mentor when the pair is mobile. When the pair is stationary and the firearm is passed on to the youth, he or she must always be within arm’s length of the mentor.

Adults who have yet to go through the HTE course can also take advantage of the mentorship program to hunt many species including coyotes, antlerless deer, and turkeys. As with mentoring youth, grownups in this program must be accompanied by a licensed adult, whom they must remain within eyesight and earshot of. Adults can be mentored for a total of three consecutive years, after which they must take the HTE course in order to be fully licensed.

Where to Hunt in Pennsylvania

Pennsylvania is not abundant in private landowners dealing directly with the public to lease lands for hunting. Instead, the overwhelming majority of legal-hunting land available is either government-owned or accessible via a partnership between the PGC and private landowners called the Hunter Access Program.

Public hunting areas include two-million acres worth of State Game Lands, which are reserved by Pennsylvania specifically for ecological preservation and hunting. Then there are 300,000 acres of State parks which are designated for a number of recreational activities, including hunting. An additional two million acres is also available via State forests including Black Moshannon State Park, which is renowned for its gaming opportunities. Moreover, the federal government owns some lands which provide public access to hunters, including Allegheny National Forest and Erie National Wildlife Refuge.

Visiting the PGC’s Mapping Center will give users an interactive, layered map that highlights both public and privately-owned hunting areas in Pennsylvania, including the three million acres available through the Hunter Access Program.

Hunting Regulations in the State of Pennsylvania

Below are the general hunting seasons for the various species you will find in Pennsylvania. For exact dates, official PGC documentation should be consulted, as they are influenced by factors such as means of taking and which Wildlife Management Unit (WMU) a hunter may be utilizing.

Hunters in search of deer will have ample time to pursue this species, as they can be taken throughout all of Fall and into the Winter. Bear seasons also start at the beginning of Fall, but the latest they can be pursued is a couple of weeks before Christmas. As for those who are interested in hunting elk, they must take advantage of the brief window open shortly before Thanksgiving. It should be good news that Fall turkeys can also be taken right before Thanksgiving, though this is only permissible for a few weeks. And there is over a month dedicated to their Spring counterparts, with this occurring shortly before the advent of Summer.

Bobwhite quail, cottontail rabbits, and pheasants can be taken during the last third of the year and well into the first third of the next. Crows are one of the few species that can be hunted in the Summer, and though their season begins then, it is virtually year-round, as it extends into the next Spring. Ruffed grouse can only be hunted during the last third of the year, while squirrels can be had throughout the Fall and most of the Winter. Those interested in taking groundhogs, starlings and English sparrows will be pleased to know that they can be taken virtually year-round.

Ducks, coots, and mergansers can be hunted during the last quarter of the year and early into the next. The seasons for Canada geese start in the very-late Summer, but collectively they extend well into the next year. The seasons for light geese, however, start a little bit after the beginning of Fall, but including their conservation seasons, they continue all the way into the Spring.

All of the following species have their hunting seasons starting at some time around the beginning of Fall: brant, doves, gallinules, rails (Virginia and sora), common snipes and woodcocks.

The seasons for rails and woodcocks end the earliest, shortly before Thanksgiving. While the rest extend shortly into the Winter, with doves lasting the longest. Moreover, they can all be hunted statewide with the exception of brant, which is restricted to goose zones.

Foxes and raccoons can be hunted from the Fall into the Winter, while porcupines from late Sumer all the way ’til early Spring. Bobcats have only a brief period, spanning less than a month near the beginning of Winter. Meanwhile, coyotes, opossums, striped skunks, and weasels can be hunted throughout the entire year. 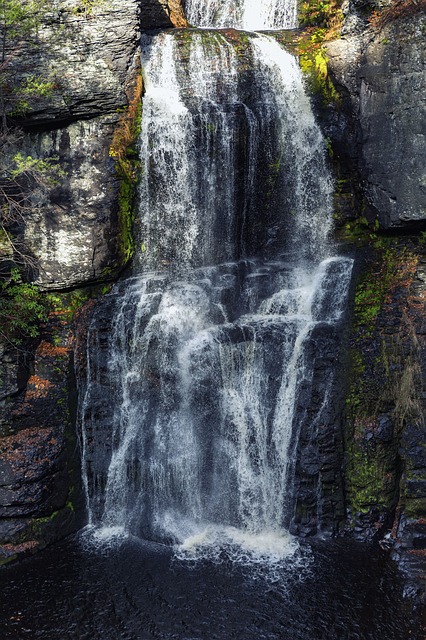 Hunting guides and outfitters are there to assist hunters in a variety of ways and make expeditions both simpler and safer. So if you deem in any way that these professionals will be useful during your next hunt in Pennsylvania don’t hesitate to get in contact with such, starting with the list below:

The greatest-convenience perhaps any hunter can ask for is a lodge that is close to the action. Indeed finding suitable accommodations should perhaps be a hunter’s first step when planning an expedition. Below are such establishments located in Pennsylvania.

In addition to the handful listed above, the Pennsylvania Department of Conservation and Natural Resources has also compiled a list of lodging locations and camping sites available within State Parks.

The successful taking of bobcats, bear, deer, snow geese and turkey must be reported to the Pennsylvania Game Commission. Deer and turkey reporting can either be done online through the aforementioned Online License Sales site, over-the-phone or using conventional mail. The bear must be taken, within 24 hours of harvest, to a bear check station, while there is only one venue to register an elk, which is the Elk Country Visitor Center. Meanwhile, those who successfully take snow geese or bobcats must notify the PGC online respectively using a Snow Goose Report Card or Online License Sales.

No matter which angle you look at it from, Pennsylvania is a cool place to hunt. The regulations aren’t oppressive, and there is a wide, interesting variety of game. Furthermore, its location makes it easily accessible from virtually anywhere on the East Coast of the United States. 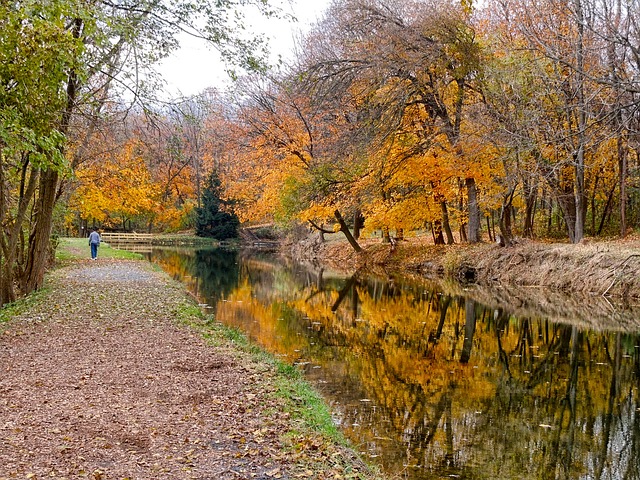 Q. Is it true that hunting on Sundays is illegal in Pennsylvania?

A. Yes. It is illegal to hunt on Sundays for most species. However, there are some exceptions, which are crows, foxes, and coyotes.

Q. Is falconry permissible in Pennsylvania?

A. Falconry is legal in Pennsylvania, though a permit is required. Hunters must be at least 12 years of age to qualify for a falconry permit. The PGC encourages hunters who are considering this sport to reflect on the strenuous preparations involved. There are also specific falconry seasons, with their own stipulations, in which the raptors can be used.

Q. Do I need a landowner’s consent before hunting on private land in Pennsylvania?

A:  Yes. If a hunter decides to use private land that is not part of the Hunter Access Program, then he or she will first need permission from the landowner. 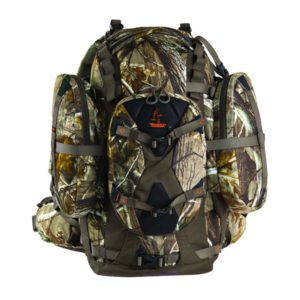 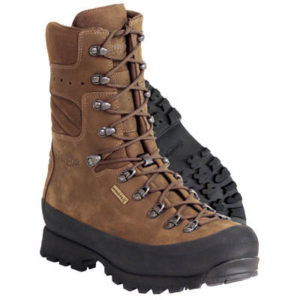 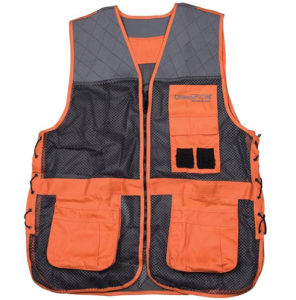 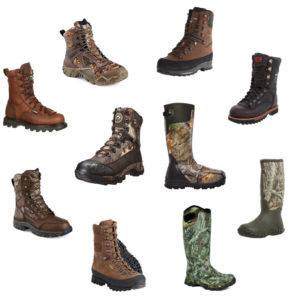 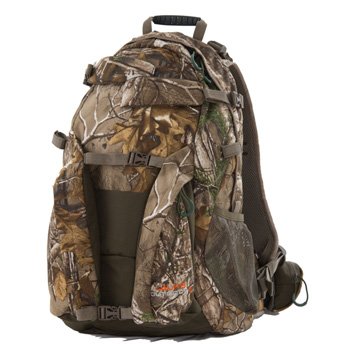 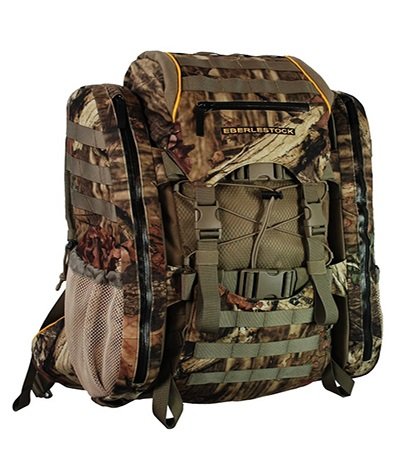 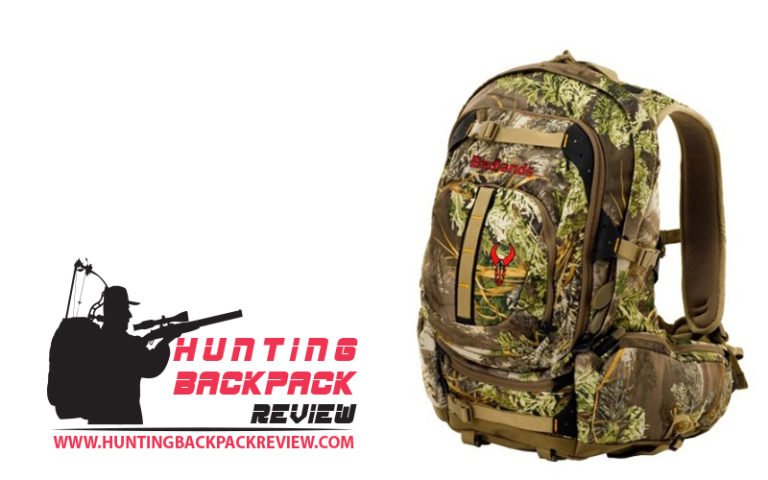 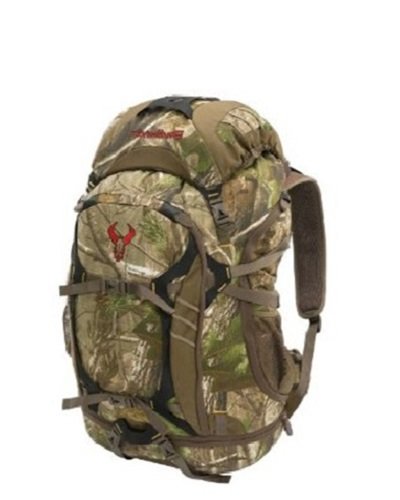 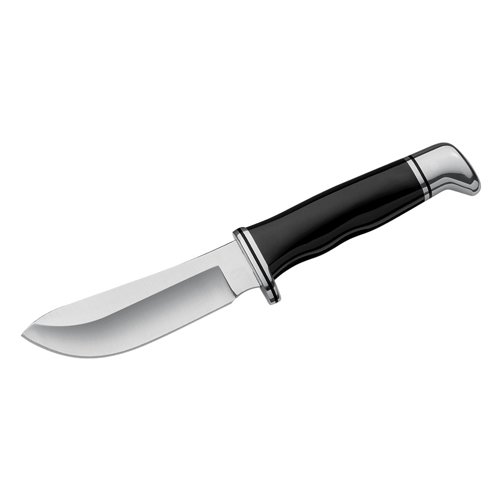 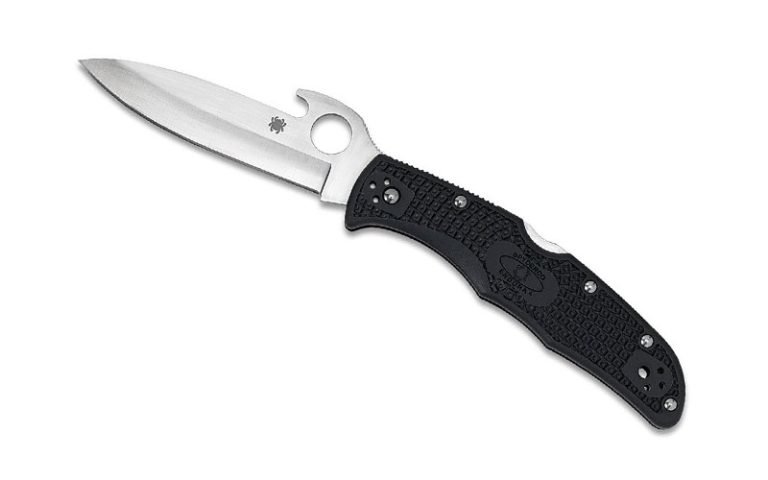 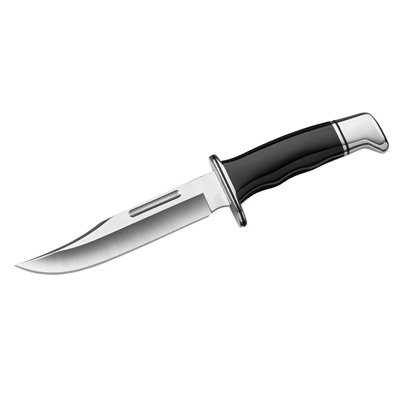 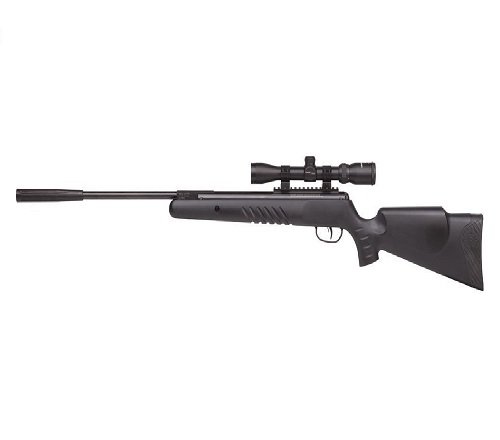 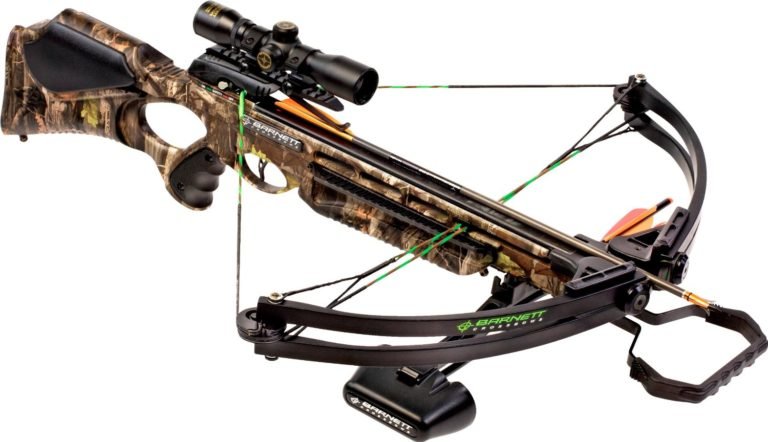 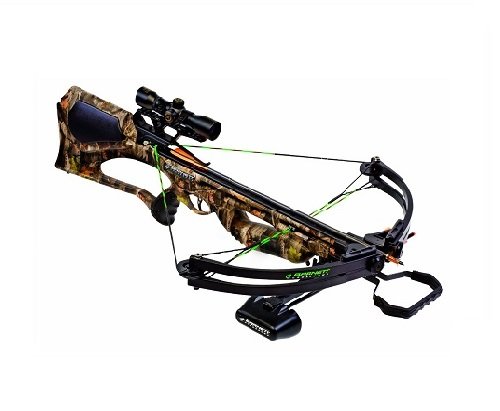 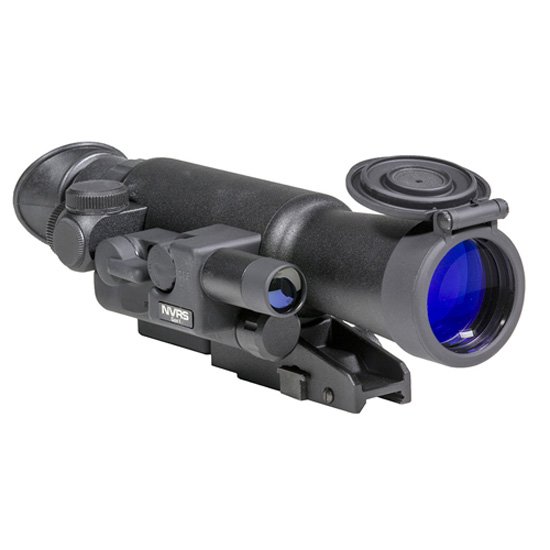 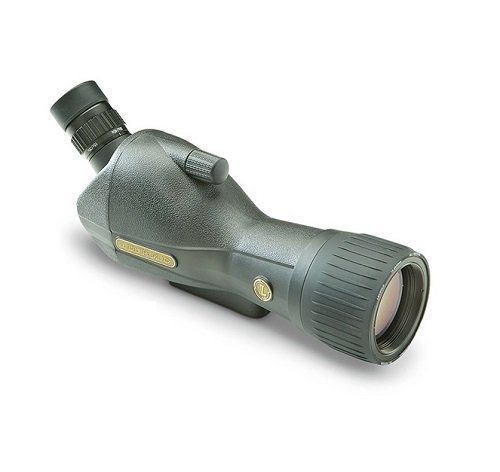 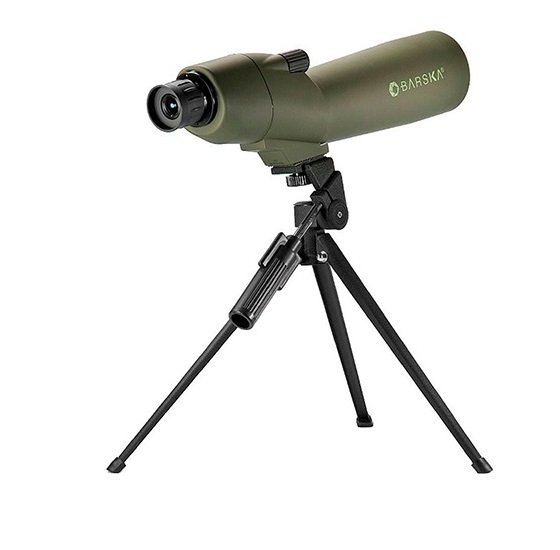 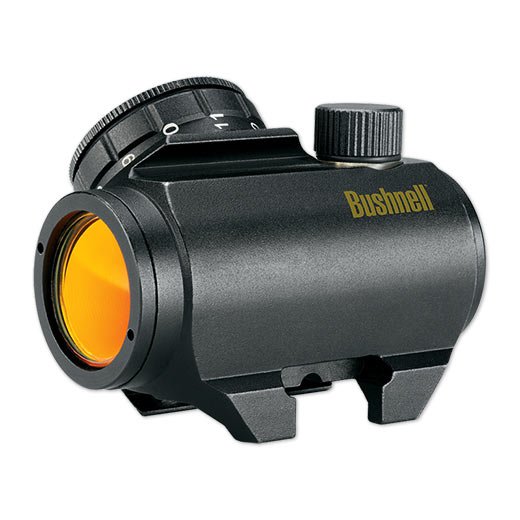 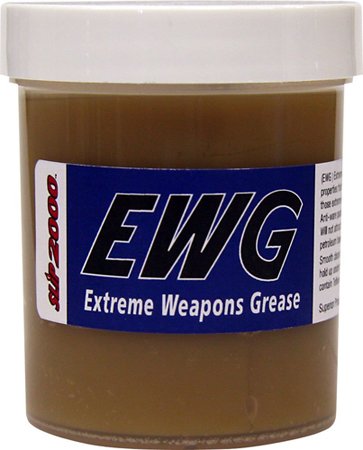 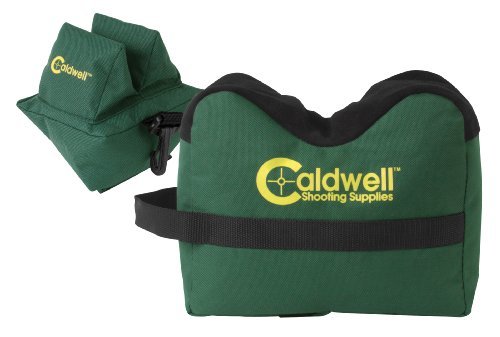 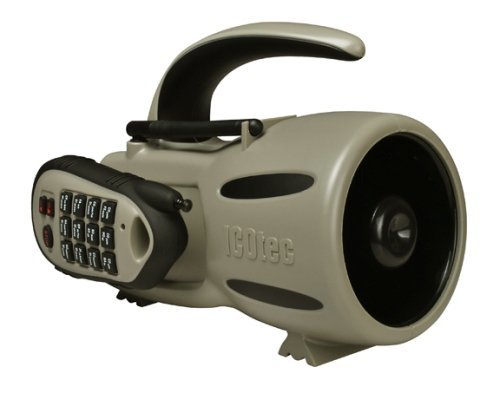 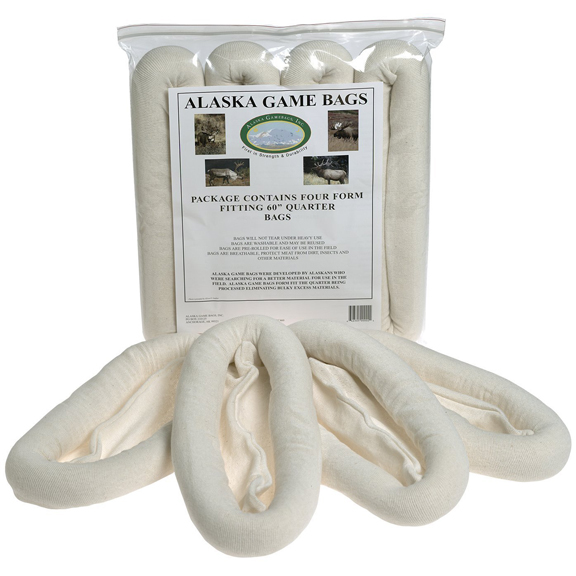 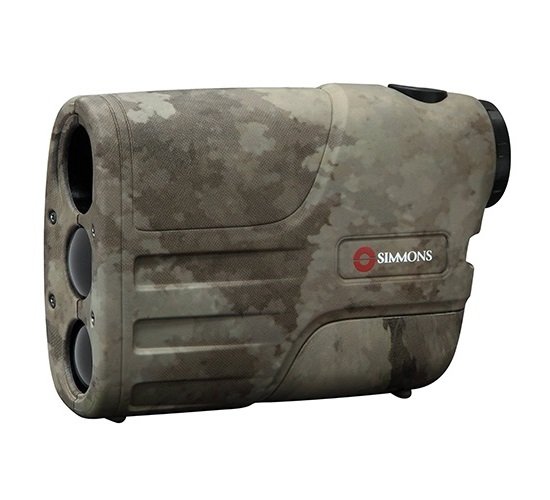 There are a number of things that a rangefinder such as the Simmons LRF 600 Laser Rangefinder can do. It can be used during camping, hunting and other rangefinding tasks. 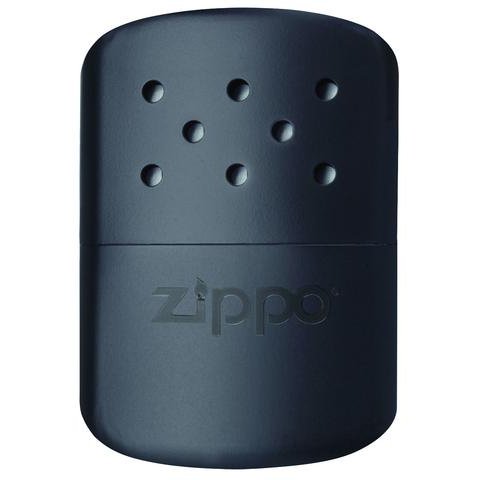 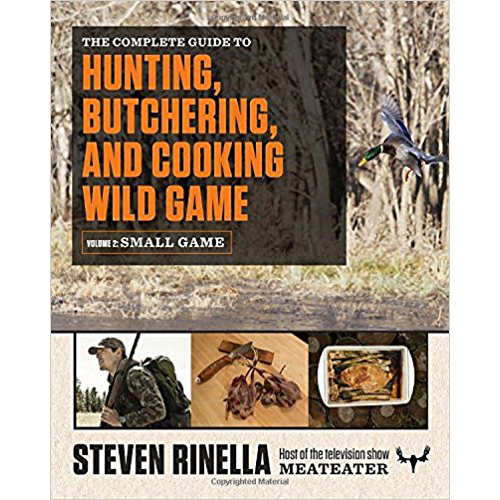 Since it came out in 2015, The Complete Guide to Hunting, Butchering, and Cooking Wild Game: Volume 2: Small Game and Fowl has become one of the most useful books in the