North Dakota is in a relatively isolated part of the United States. So it would stand to reason that the state has a lot of game to offer. And indeed just by browsing the hunting opportunities available in the Roughrider State, it becomes obvious that hunting is a popular sport here.

This article has been designed to assist the reader in becoming a successful hunter in North Dakota. It can be beneficial to beginners and elder gamesmen alike. For instance, not only will it show you how to effectively obtain an official hunting license issued by the North Dakota Game and Fish Department (NDGFD), but it will also point you in the direction of guides, outfitters and other hunting professionals who have been at the game for decades.

This is but a terse, abbreviated document, and as such we recommend you do additional research for most of the subjects discussed. Thus there are hyperlinks embedded throughout that will lead you to further information. Most of these links will direct you to official NDGFD webpages or other sites maintained by either the North Dakota or federal government. Some of them also point to private parties, particularly in the guides and lodges sections. 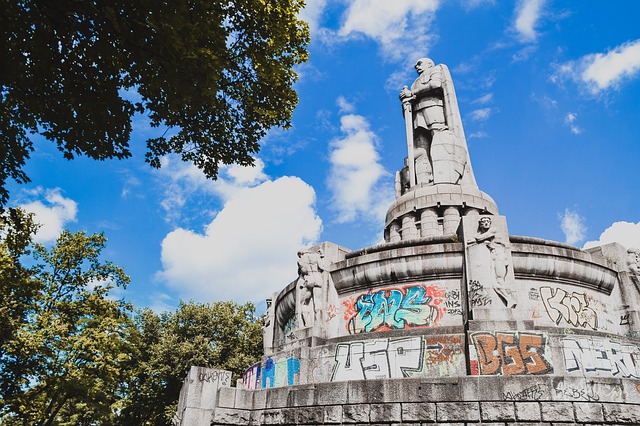 There are four primary methods by which interested parties can go about purchasing a North Dakota hunting license. New applicants can only purchase an electronic license, and as such, are to use one of the first two procedures mentioned. Primary amongst them is acquiring a license through the NDGFD’s Buy and Apply webpage. Purchasing a license this way first requires that applicants create an account on the aforementioned site. The second way to buy an electronic license is through an authorized retailer found within the State, of which the NDGFD has compiled an online list. Hunters also have the option of purchasing licenses over the phone using the telephone number provided by the NDGFD or by downloading applications, printing and then mailing it to them via conventional post.

There is no minimum age to hunt in North Dakota. However, hunters under the age of 12 are to be directly supervised by an adult while out on the field. This adult is to be their parent, guardian or someone who has been authorized by a parent or guardian.  Moreover, resident hunters under the age of 16 have the option of buying youth licenses, which cost considerably less than their adult equivalents.

Nonresident hunters who fall into this age range cannot buy youth licenses. However, if they come from certain States, they do have the privilege of buying an adult-residential license to hunt some species, and it should be noted that nonresident licenses are generally a lot more expensive. NDGFD documentation should be consulted for more information on which nonresident youth hunters qualify as residents in North Dakota.

Another way in which the residency criteria in North Dakota are more-flexible is that hunters can apply for a Petition for Waiver of Residency. If accepted, this allows individuals who intend to have a prolonged stay or eventual residency in North Dakota to apply as a resident hunter.

Hunter education laws are also in effect. In the specific case of North Dakota, that means hunters who were born after 1961 must successfully complete a State-approved hunter education course before being granted a license. If so desired, students can take part, though not all, of this course online. Moreover, if a hunter already has a State-issued hunter education certificate from another part of the country or Canada, it can be presented instead of one specifically from North Dakota. 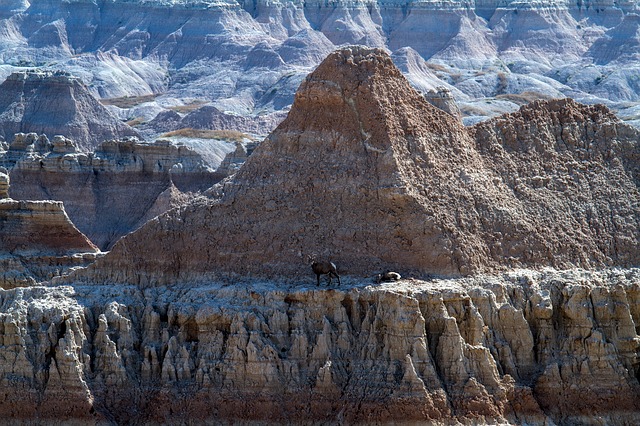 Where to Hunt in North Dakota

Approximately 91% of the land in North Dakota is privately-owned. As such hunters may desire to use such places for sport. However, they should be advised that it is mandatory to first gain the permission of the landowner before using his or her property.

The NDGFD has facilitated walk-in public access to some privately-owned properties through their Private Land Open to Sportsmen (PLOTS) program. Interested hunters can view maps, in various formats, of these locations by visiting the PLOTS webpage.

There are also a number of lands in North Dakota that are publicly-owned, as in they are held by the State or federal government, and some of them can be utilized by hunters. These include Wildlife Management Areas (WMAs) which are maintained by the NDGFD and national wildlife refuges owned by the US government. Other governmental lands that hunters may find useful in North Dakota are State School lands, Waterfowl Production Areas (WPAs) and significant tracts held by the Bureau of Land Management (BLM) and the United States Forest Service. For a recommended, independent list of public places open to hunters in North Dakota, please visit this link.

Hunting regulations are not as extensive in North Dakota as in other parts of the country. However, they still exist, and it behooves affected hunters to be cognizant of and abide by them. Here are but a few of the laws that govern hunting in the Roughrider State. For a more comprehensive listing, interested parties are advised to visit the NDGFD’s Regulations and Hunting Guides webpage.

Below you will find out which species are available to hunters in North Dakota, as well as their respective seasons. For some animals, season dates depend on which Hunting Unit a gamesman or games woman is situated in. Owing to this, it is imperative that interested parties peruse the hyperlinks embedded within the name of distinct species.

Elk can be hunted for most of the final quarter of the year. Moose and pronghorns can be hunted for about a month at the beginning of this quarter, while bighorn sheep for approximately two months at its conclusion. Deer season begins at the end of Summer and extends to shortly after Thanksgiving.

Turkeys have two distinct seasons, one in the Fall and the other in the Spring. The fall season is relatively-long, encompassing almost three months from the last third of the year and slightly into the beginning of the next. The Spring season, which includes the youth hunt, lasts for about a month and is conducted shortly before mid-year.

The Hungarian partridge, pheasants, sharp-tailed grouse, and tree squirrels can be pursued Statewide during the last third of the year and about a week into the new year. The ruffed grouse can be hunted during this same timeframe yet in select parts of the State.

Canada geese, light geese, and white-fronted geese can all be hunted throughout the last quarter of the year. However, in the name of population control, there is also an August Management Take /Early September season for Canadian geese which is held during the final weeks of Summer. Also, light geese have a conservation order season in the Spring which actually begins towards the end of Winter and lasts for approximately three months.

Sandhill crane and woodcock seasons encompass the first two months of Fall. Duck, merganser, tundra swan and coot seasons also follow this same trend but extend deeper into the year, almost reaching its very end. Snipe and dove seasons also take up most of the Fall but end shortly after Thanksgiving. Crows are the exception, as in addition to having a Fall season that begins in late Summer and lasts for almost three months, they also have Spring seasons which begin in late Winter and extends for about a month and-a-half.

Badgers, beavers, coyotes, foxes, and raccoons can be hunted year-round throughout the entire State using most means of take. Bobcat seasons run from shortly before Thanksgiving ’til the end of Winter. Mink, muskrat and weasel seasons are relatively-long, spanning from late Fall and continuing into the Spring. Mountain lions can be hunted for almost the whole second half of the year and the entire first quarter of the proceeding one.

Species that fall under this category can be hunted throughout the entire year, with no bag limits, even by residents of North Dakota who are not licensed. They currently include ground squirrels, porcupines, prairie dogs, rabbits, and skunks.

Sage grouse and prairie chicken are listed amongst the species that as of now hunters are prohibited from taking.

A place as serious about hunting as North Dakota is bound to have guides and outfitters who take their craft to heart. Hiring the right professional can prove to be the difference between a successful hunting expedition and returning home empty-handed. Below is a list of some guides and outfitters, with hyperlinks to their websites, that are currently operational in North Dakota. And for those who prefer to do their own searches, there are also a number of independent directories featured which have compiled recommendations of such establishments. 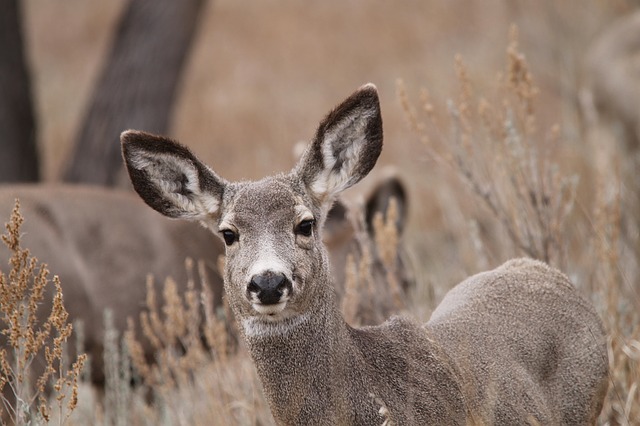 There are also a number of hunting lodges in North Dakota who are dedicated to providing hunters with a cozy yet inspiring environment from which to conduct their expeditions. The following establishments are on-call not only to accommodate but also to add more adventure to your next hunting trip.

Outside of the above-mentioned stipulations, random North Dakota hunters will be asked either by conventional post or e-mail to participate in surveys. If so, it is then requested of them to go online and submit a form or fill in the survey card and mail it back to the NDGFD.

North Dakota is not called the “Roughrider State” for nothing. It is known for its rugged, natural terrains, which are environments prominent game species tend to prefer over heavily-urbanized areas.  As such North Dakota should pique the interest of any hunter in the United States.  And once chosen, there are plenty of professionals in the State to assist you in having a fruitful hunting expedition! 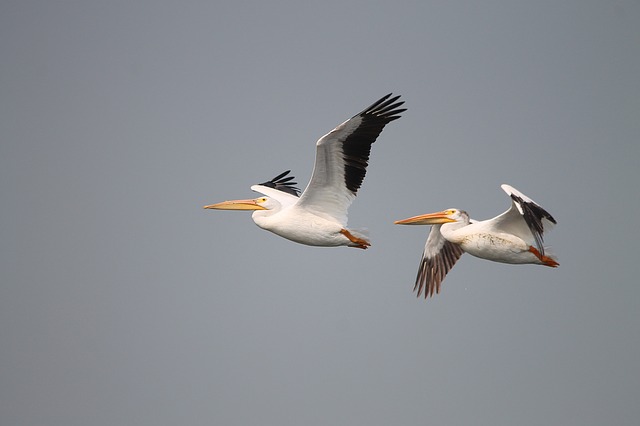 Q. You mentioned exemptions to residency laws but not what qualifies a hunter as a resident in the first place. What is that criteria?

A. A standard resident of North Dakota is someone who has legally lived there for six months prior to applying for a hunting license and is not the legal resident of another State. Furthermore, the military personnel who are active or on leave and live in North Dakota can apply as residents.

Q. What is a tribal hunting license?

A. If a hunter is gaming solely on tribal lands within a Native American reservation, he or she needs a tribal license. Under such circumstances, a NDGFD-issued hunting license is not mandatory.

Q. What species can be hunted at night?

A. Coyotes and foxes can be hunted at night during a specific season which runs from late Fall ’til late Winter. However, from 30 minutes after official sunset ’til 30 minutes before official sunrise, this can only be done on foot. And whereas night vision and thermal imaging is legal, artificial lights are not. Official sunrise and sunset times in North Dakota can be ascertained from this webpage.

Q. Since I can’t take the entirety of the hunter education course online when are in-person classes held?

A. Hunter education classes are held throughout the year in North Dakota. However, they tend to be conducted mostly in the Spring and briefly into the Summer.

A. Yes, the NDGFD does allow hunters, both resident, and nonresident, to practice falconry. However, the applicable license must be obtained first.