Public information pertaining to hunting in the State of Missouri is a lot more organized than it is for other States, and anyone interested in hunting in the State is advised to visit the Missouri Department of Conservation’s (MDC) website. However, to offer you further assistance in conducting a successful hunting expedition in the Show Me State we have compiled this document that consists of basic information you will need to obtain a license, find the right place to hunt and also elicit the help of reputable guides and outfitters in Missouri.

How to Get a Hunting License in the State of Missouri

The MDC has established a number of different venues through which a hunter can obtain a license to legally hunt in Missouri.  One option is to purchase it online with a credit card via the MDC’s website. Another is using the MO Hunting app, which can be downloaded via Google Play and serves a number of functions for hunters in Missouri. Third is applying by telephone (800-392-4115), again using a credit card for the purchase. And then of course there are a number of vendors throughout the State who are authorized to facilitate the sale of hunting licenses. 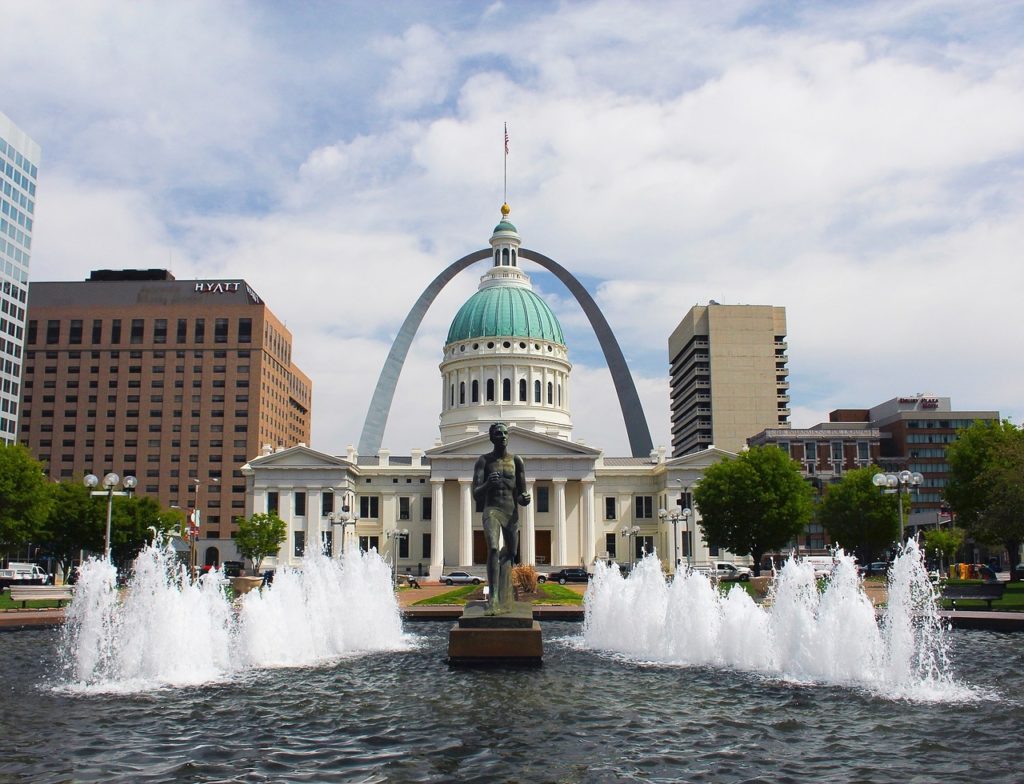 Who is Eligible for a Hunting License in the State of Missouri?

Both resident and nonresident hunters of and between the ages of 16 to 64 years are required to obtain a license to hunt in Missouri. All applicants who were born after 31 December 1966 are also required to complete mandatory hunter education before acquiring a license.

Missouri residents and nonresidents who are less than 16 years old can engage in limited hunting (excluding deer and turkey) if they have obtained a Missouri Hunter Education card and also without the card if they are hunting directly with a licensed adult. Nonresidents under 16 have to apply for permits to hunt particular species.

Moreover senior citizens (65 years or older) who are residents of Missouri are exempt from having to purchase basic hunting licenses. However, they may have to apply for tags to bag particular species. Others who are exempt from having to purchase a hunting license in Missouri are veterans, as well as resident landowners, lessees and their immediate families if they are hunting on the land they own or lease.

Unlike other States that tend to have a hunter-licensing system based around buying one primary license and then applicable tags, Missouri’s method is more centered around a hunter having to buy individual licenses for particular species or methods (i.e. archery) flat-out.  However, there are exceptions, such as the Small Game Hunting Permit, which includes a number of different species, including some avian. A Small Game Hunting Permit for a resident always costs less than that for nonresidents, and this disparity is a general representation between how licenses are priced differently between these two groups. The State of Missouri also offers different “Lifetime” permits to residents that do not expire annually on the last day of February as with other licenses.

Overview of Basic Hunting Regulations in the State Of Missouri

Below is an overview of basic regulations which apply to all hunters in the State of Missouri, referenced directly from the DNC’s official A Summary of Missouri Hunting and Trapping Regulations document. Interested parties are encouraged to peruse this text for more information pertaining to these rules as well as hunting in Missouri in general.

Where to Hunt in the State of Missouri

The Missouri Department of Conservation has put together a nifty interactive map and directory of public lands available to hunt on in the State. This is the less expensive of the two primary options and is sometimes underutilized by hunters who prefer private land, meaning others can capitalize from their absence. If you are a user of Google Earth, Family Outdoors has also released an impressive placemark file that will highlight public hunting areas in Missouri using this comprehensive program.

The MDC has also been able to make about 15,000 acres of additional land available for standard public-access hunting, even though they are privately owned, through its Missouri Outdoor Recreational Access Program (MRAP). An interactive map and list of MRAP sites can accessed on this webpage.

Over 90 percent of the land in Missouri is privately-owned. Thus it is in these areas where most deer hunting is conducted in the State. The permission of the landowner should always be obtained before using a private land to hunt, even if it is to retrieve a successful kill initiated on another land. Also, a landowner may have particular rules that apply to his or her property, and it is imperative that the outside hunter learn about these statutes before conducting his or her sport on the land. Furthermore, the MDC recommends that hunters should inquire of landowners whose plots they utilize what contribution they can make to edifying the property.

Once you have found where you want to hunt in Missouri, if you’re not familiar with the area, it may be advisable to hire the services of a professional hunting guide. And even if you are confident enough to go on an expedition without a guide, a dependable outfitter can save you the hassle of having to carry all of the necessary equipment along. Below is a list of trusty hunting guides and outfitters situated in Missouri that can assist you along the way to having a memorable harvest.

Missouri Games Species and Their Seasons

Missouri has an array of game animals and birds for hunters to make sport of. Below is a list of the primary species available, along with hyperlinks to their respective hunting seasons.  Species not listed that fall under the waterfowl designation includes coots, ducks, mergansers, scaup and teals: 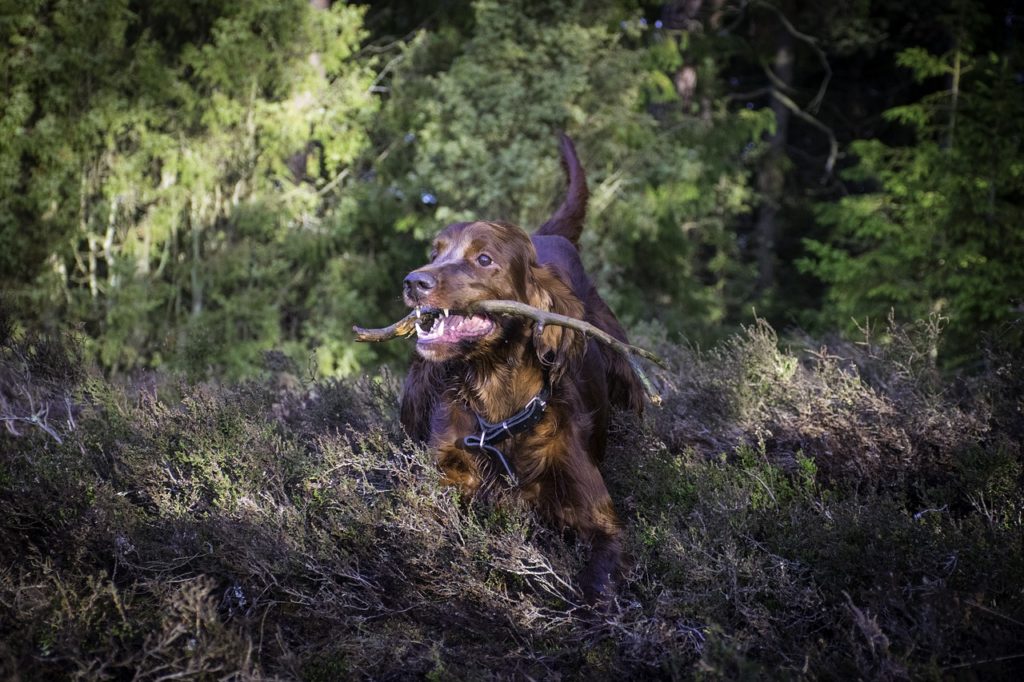 In the State of Missouri,deer and turkey harvests must be reported to the MDC under certain protocols. For instance, if a hunter is carrying a physical permit, it must be notched and attached to the kill as the carcass is retrieved. However, if the hunter is using the MO Hunting app, the applicable information is entered into the program, and instead the hunter must attach a label with his or her contact information, permit number and the date of the harvest to the carcass.

After this procedure is followed, all deer and turkey harvests must then be reported to the MDC’s internet-based Telecheck system. In addition to having respective Telecheck webpages for deer and turkeys, this process can also be conducted via the MO Hunting app.  Once the deer or turkey is successfully entered into the Telecheck system and has been labeled accordingly, it can then be processed, stored and transported, even out of State.

Accommodations for Hunters in Missouri

Below are a handful of hospitality establishments situated in Missouri that offer lodging specifically to hunters. Some of these businesses also  provide services such as hunting guides and/or outfitters:

Q. Does the Hunter Education course need to be taken in-person?

A. In general, there are two segments of Hunter Education in Missouri: the Knowledge Portion and the Skills Portion, the latter of which is to be taken in-person. However, Missouri residents have the option of taking the entire course online.

Q. What is the precise cost for different types of hunting license?

A. Hunting permits in Missouri tend to cost significantly higher for nonresidents than residents. But outside of that, the prices of each vary greatly, including reductions for youth hunters. For specific, up-to-date prices on each type of hunting license Missouri has to offer, please visit the Department of Conservation’s hunting permits website.

Q. What is the quickest way to find a place to hunt in Missouri?

A. The most expeditious way to find a place to hunt in Missouri is by using the MDC’s “Find Great Places” interactive map and directory on their website. Hunting on public lands saves the hunter the extra effort of having to obtain permission from the landowner.

Q. I noticed that black bears are not listed among-st the species that can be legal hunted in Missouri. Is it legal to hunt them in this State?

A. Even though bears are not considered an endangered species in Missouri, due to their relatively-low population numbers, they are protected by the State and as such cannot be hunted, though this ban may be lifted in the near future.

You can tell from the care stakeholders have put into distributing information on hunting in the State of Missouri that it is a good place for hunters to practice their craft.  Hunting parties interested in utilizing lands in Missouri are encouraged to take a look at the many interactive maps and directories available online as well use the information contained within this document to assist them deciding which part of the State they would find most suitable to pursue game.