If you’re looking for a fruitful whitetail deer, wild turkey or waterfowl hunting expedition on the East Coast, Maryland may just be the State for you. Though a brimming part of the Northeast megalopolis, the Old Line State has many outdoor gaming opportunities, especially in the Fall and Winter.

This document will help guide you along the path of becoming a registered hunter and hitting the field in the Old Line State. If you are already licensed, then there is additional information that veterans will also find useful, such as information on hunting seasons and guides and outfitters located throughout the State.

Perhaps most importantly, this document also contains numerous, easy-to-follow links to official Maryland Department of Natural Resources (DNR) websites, webpages and documentation that will expound even further on the rules and procedures mentioned. 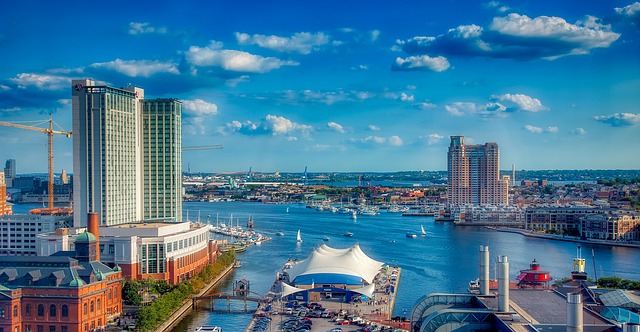 The DNR highly recommends that hunting licenses be purchased online via their COMPASS portal. This website not only facilitates the purchasing of various types of licenses but is also useful for many other aspects of hunting in Maryland, such as vehicle registration and general gaming information. Users will have to set up an account on the site using official contact information like a social security number or driver’s license number.

But there are still other ways to purchase a license if a hunter opts not to do so online. For instance, one can be purchased over the telephone, using the number provided by the DNR on their How to Apply for a License webpage. Or an applicant can download an application, print it, fill it out and post it directly to the DNR. Or they can apply for a license in-person using one of the two general venues. First is by visiting a license agent located in the State. Or they can visit one of the DNR’s various Service Centers, which are also authorized to facilitate these transactions. It should be noted that licenses and tags cost more for nonresidents than residents, though the price difference isn’t as steep nor licenses as generally expensive as they are in other parts of the country.

Licenses are available to hunters of all ages in Maryland. However, those who have not hunted prior to July 1, 1977 are required to complete the Maryland Hunter Education Course to be eligible for a license. Enrollees in this program have the option of taking the course at home. Nonetheless, at some point, independent students will also have to attend a Field Day Workshop in-person.

First-time hunters (i.e. those who never had a Maryland hunting license) can apply for an Apprentice Hunting License. This will allow them to hunt even without completing a hunter education course. However, when on the field, apprentices must be accompanied by a licensed resident hunter at least 18 years of age who must remain within “close proximity” all the time. Moreover, despite the fact that full hunter education is not required, apprentices must still complete a brief online course.

Where to Hunt in Maryland

Maryland is not known for having vast outback where hunters can utilize. Yet there are still places where sportsmen can legally and successfully pursue their desired species. For instance, a list of lands owned by the State and federal governments where hunting is allowed can be found here.

If a hunter instead decides to use private property that he or she does not own, then permission is required from the landowner. Also while utilizing these lands, the hunter must carry written proof of such authorization on his or her person.

For access to interactive maps of hunting areas in Maryland, interested parties are recommended to download and install the DNR’s official AccessDNR mobile app, which is available for both Android and Apple devices.

Below are a few of the general rules which govern legal hunting in the State of Maryland. For a complete list of all regulations, hunters should visit the DNR’s Hunting in Maryland webpage.

Below are the hunting seasons for different species of game located in the State of Maryland. This information was gathered from a spiffy, easy-to-read chart the DNR has published online. Hunters are advised to peruse this document for more specific information on hunting season dates.

The seasons for rabbits and squirrels end at the same time, shortly before the advent of Spring. However, the squirrel season starts two months earlier, during the final weeks of Summer.

The finality of the quail and pheasant season is around the same time as that for small game. The only difference between the two seasons is that season for quail and pheasant usually starts shortly after Halloween. Also, quail can only be hunted on DNR lands for about a month-and-a-half.

On the other hand, crows can be taken from a month before Fall all the way until the start of Spring, though the days of the week they can be hunted exclude Sunday, Monday and Tuesday.

The hunting seasons for most furbearers (beavers, fishers, muskrats, opossums, raccoons, river otters, and skunks) are within the timeframe of early Fall until the start of Spring. Some only last a couple of months, while others are almost for that entire span. That said, there are exceptions. Foxes (in a couple of countries), coyotes (during daylight hours), groundhogs and nutria can be hunted year-round.

Guides and outfitters are there to expedite the process and increase the chances of successfully acquiring the game. So hunters, especially those less experienced or unfamiliar with the area they will be utilizing, are advised to consider hiring such professionals if they are so compelled.

In addition to the aforementioned, there is an independent, non-profit Maryland Outfitters and Guides Association that specializes in connecting hunters with appropriate guides and outfitters throughout the State.

Accommodation for Hunters in the State of Maryland

Some guides and outfitters have lodges where they cater specifically to hunters. Spending leisure time in such an environment may prove more beneficial to active hunters than a more-standard accommodation establishment.

Deer and turkey harvested in Maryland must be reported to the DNR. Successful takers of these species can do so in one of three ways. The first two options require an internet connection. Hunters using conventional browsers can make their report using the DNR’s COMPASS website. However, if you are using a mobile device and find an app more convenient, the aforementioned AccessDNR application will also get the job done.

The third option doesn’t require an internet connection per se, as it is done via a telephone number provided by the DNR. However, doing so over the phone still requires that the hunter first obtain a DNRid, which are available only through the COMPASS portal or AccessDNR app.

Successful bear hunters do not have the option of registering their harvest online. Instead, they must physically bring the carcass to one of three DNR bear checking stations by 8:00 pm on the date of the kill. If for some reason they are unable to do so, they can call a telephone number provided by the DNR and will be given 24 hours to reach a checking station.

Maryland may not be known as a premier hunting destination, but that doesn’t mean they are lacking in-game animals that are attractive to hunters. This is evident in the sizable hunting-professionals’ presence there. Additionally, the Old Line State is conveniently located amidst well-connected cities, making it easily accessible compared to other sporting locales. Owing to this, Maryland should be strongly considered, if not at the top of the list, of places a huntsman would like to chase game in this part of the country.

Q. What are the accepted modes of payment for license purchases made online?

A. To purchase a Maryland hunting license online or over the phone a Visa, Discover or MasterCard is required.

Q. How do I go about applying for a license to hunt black bears in Maryland?

A. As aforementioned, black bears have a very-brief season, and acquiring a permit to hunt them requires applicants to participate in the Maryland Black Bear Lottery.

Q. What qualifies an applicant for a hunting license as a resident of Maryland?

A. There are a number of criteria by which a person can claim residency. They are as follows:

In addition to the above, a member of the U.S. Army whose legal residence in Maryland but is currently stationed outside the state is also defined as a Maryland resident.

Q. If a hunter is injured while hunting on private property in the State of Maryland, is the landowner liable?

Q. Can landowners in Maryland hunt on their lands without hunting licenses?

A. While by law all hunters in the State of Maryland must be licensed, there are exceptions to this rule, most pertaining to landowners hunting on their own properties. Please follow this link to find out more on these exceptions.