In addition to many of the small game and migratory game bird species you find in the eastern part of the United States, Kentucky also has a desirable array of the big game. Indeed with a booming whitetail deer population, the Bluegrass State not only offers opportunities to put food on the table but also to earn trophy-level harvests. Thus contained in this document you will find all of the necessary information you will need to conduct a successful hunt in the State of Kentucky, right from acquiring the necessary license(s) to registering your takes with the Kentucky Department of Fish and Wildlife Resources (KDFWR). 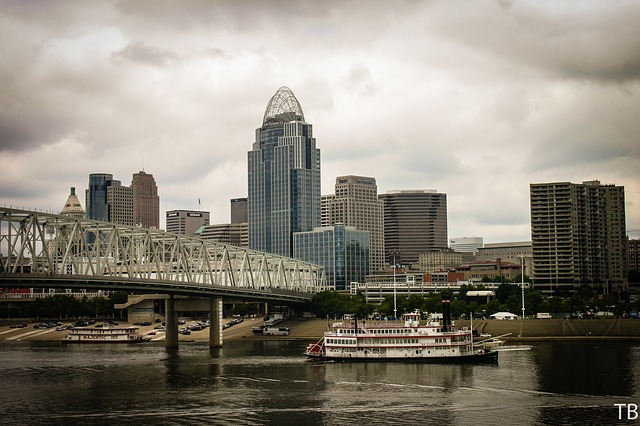 How to Get a Kentucky Hunting License

The procedures to get a hunting license in Kentucky is basically the same as it is in other States, meaning buyers have the option of either purchasing them online, in-person or by telephone. The KDFWR has set up a License Sales webpage specifically for the purpose of facilitating the acquisition of hunting licenses online. Acceptable means of transaction for online purchase are Visa, MasterCard, American Express and Discover Cards or a gift certificate from the KDFWR, which can also be purchased online. Unlike some other States, when a license is purchased online, a physical copy is not mailed to the applicant’s home. Instead, they are given an authorization number to validate their approved status. However, a physical copy of the actual license can be printed by the applicant on his or her own computer.

If a hunter instead decides to buy his or her hunting license in-person, the KDFWR has set up a nifty Find a Vendor webpage that features all licensed salespeople in the State. Users can search for sellers by county and are then directed to a list of vendors, including links to Google maps of their locations.

Finally, interested parties have the option of purchasing hunting licenses from the KDFWR via the telephone number provided on their How to Buy Licenses and Permits webpage. Accepted methods of payment for telephone purchases include Visa, MasterCard, and Discover cards, as well as e-checks, and buying licenses using this method carries an additional convenience fee. As with online purchases, successful applicants will receive an authorization number which serves as validation of the license yet can request to have a paper copy mailed to them also.

All active hunters in the State of Kentucky over the age of 12 are required to acquire a hunting license before pursuing game. However, hunters between the ages of 12 and 15 are eligible for licenses at discounted rates. As with other States, hunting licenses for residents of Kentucky are more moderately-priced than those for nonresidents. However, with the exception of tags to hunt big game, the disparity is not nearly as wide as in other parts of the country.

Who is Eligible for a Kentucky Hunting License?

Hunters who practice their craft in Kentucky must always carry the proper documentation, such as applicable hunting licenses or an authorization number (along with a picture ID), while they are on the field. Moreover, all hunters born after 31 December 1974 must carry proof of completion of an accepted hunter education course. That said, the State does offer an exemption permit which allows hunters to sport in Kentucky for one year before completing the course. Upcoming hunter education courses in Kentucky, as well as their locations, can be gleaned via this website. Course instructors can also be contacted directly by telephone or email via the KDFWR’s Hunter Education website. The hunter education course can either be taken in-person or online. 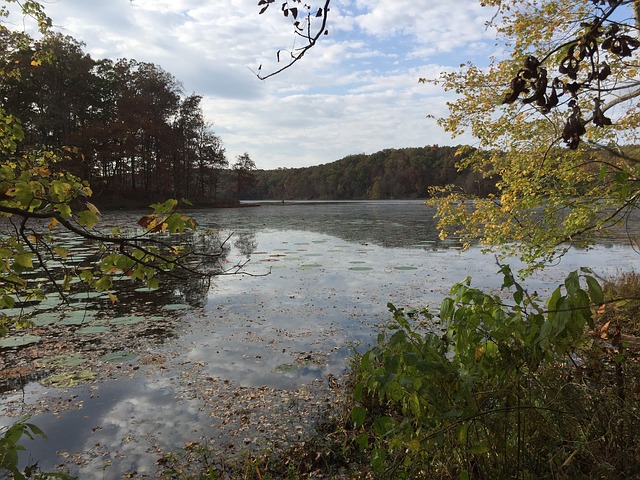 Where to Hunt in the State of Kentucky

There is also additional acreage open to the hunting public via the KDFWR in collaboration with private landowners. This is known as the Hunting Access Areas program, and just recently the KDFWR proudly announced that they had secured an additional 35,000 acres under this initiative. There are also a number of public sites run by the federal government, such as Daniel Boone National Forest, which provide public access to hunters.

However, the overwhelming majority of land in the State of Kentucky is privately-owned. If a hunter finds the desire or need, such as if wounded game or hunting dogs stray, to enter private land, he or she must first obtain permission from the respective landowner. Please note that many WMAs share borders with privately-owned lands, so it is imperative that hunters know boundaries to avoid potential prosecution. Also, landowners themselves, as well as their immediate families, can hunt on their own land during open seasons without the need for a license.

Below are a few of the general regulations governing legal hunting activities in the State of Kentucky. This information was ascertained from the Kentucky Hunting & Trapping Guide available on the official website of the KDFWR, so hunters are strongly encouraged to peruse this document in its entirety before setting forth on expeditions.

Below is a summation of hunting seasons of the more-prominent games species available in the State of Kentucky. For more comprehensive information, including a list of all species obtainable, interested parties are encouraged to visit the KDFWR’s Season Dates Search webpage, which happens to be one of the best-organized and easy-to-read displays of hunting seasons for any State.

Other species available to gamesmen in Kentucky include the American woodcock, bullfrogs, coot, crows, gallinules, grouse, mergansers, rails, and weasels. Once again, related documentation should be consulted for information on their season dates.

Hunting Guides & Outfitters in the State of Kentucky

Anyone, including the most-experienced hunters, should consider hiring a reputable hunting guide or outfitter, especially if they are venturing into new terrain or hunting a dangerous species. Below is a select list of such professionals located in Kentucky, some of whom may fit the bill in providing a hunter with desired assistance.

Hunting Lodges in The State Of Kentucky

Many outfitters also have their own lodges, which creates an environment in which a hunter is likely to be more successful if he or she is engaged in a multi-day expedition. Below is a list of a few outfitters that you can contact if you are interested in hunting in their respective areas. 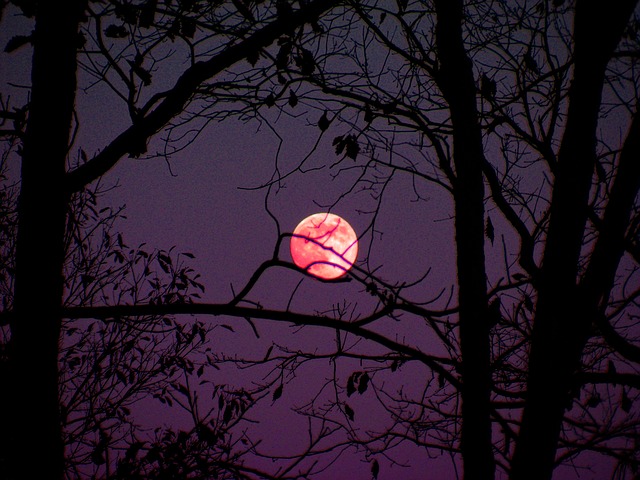 Reporting Hunting Harvests in the State of Kentucky

Big game kills such as bears, bobcats, deer, and elk, as well as river otters and sandhill cranes, must be promptly reported to the KDFWR through their Telecheck system. There is two ways to go about doing this. First is online through their My Profile application. Second is by calling a toll-free telephone number as provided in their Hunting & Trapping Guide.

Bobcats, deer, and elk must be telechecked by midnight of the day the carcass is recovered and before processing of the animal has commenced. Bear kills, however, must be reported by 8:00 pm. Afterward, hunters must call a separate phone number (also provided in the Hunting & Trapping Guide) and arrange to have a KDFWR official come out and physically check and tag the carcass of the bear.

In addition, as per federal regulations, hunters who successfully take migratory birds must mandatorily register their kills into the Harvest Information Program (HIP) for surveying purposes.

The State of Kentucky is one of the best locations in the United States for deer hunting. However, they also have many other attractive and huntable species, including coveted big game such as bears. We hope that this document has been of assistance in guiding you down to the path of pulling off a successful hunting expedition in the Bluegrass State.

Q. Is it necessary to get a permit to hunt in one of Kentucky’s WMAs?

A. Some WMAs require a user permit in order to gain legal access. This also goes for some of the Hunting Access Areas.

Q. I’ve recently moved to Kentucky and acquired land yet don’t know if I qualify as a resident. Do I need to get a license in order to hunt on my own land?

A. Yes, if you have not lived in Kentucky for at least 30 days prior to when you intend to hunt, a license is required even if you are hunting on land that you own.

Q. Who is considered a resident of Kentucky by the KDFWR?

A. A resident is anyone who is permanently or legally domiciled in Kentucky, and when purchasing a license such person would have also had to live in Kentucky for at least 30 days prior to application to be considered a resident. Full-time students who are attending school or military personnel stationed in Kentucky are also considered residents.

Q. I have been unable to attend a hunter education course and as such has acquired a temporary exemption permit instead. Are there any stipulations attached to this special status?

A. Yes. If you are hunting using an exemption permit, regardless of your age you must also be accompanied by a licensed hunter at least 18 years of age. You must also remain in the immediate vicinity of such hunter while out on the field.

Q. Is falconry permissible in the State of Kentucky?

A. Yes. And there is also a relatively-long falconry season that spans over six months. However, falconers must first purchase the applicable permit before practicing their craft.