Illinois may not be as diverse in-game species as some other States, but it can boast, amongst others, of having healthy whitetail deer population. Other species available include wild turkeys and an array of furbearers and game birds. Below interested parties will find all of the basic information needed to pull off a successful hunting excursion, from start to finish, in the Prairie State. This document is designed to be used in conjunction with information put forth by the Illinois Department of Natural Resources (IDNR).

How to Get a Hunting License in Illinois

Hunting in the State of Illinois is handled by the IDNR. Hunting licenses can be purchased online via one of their webpages, by telephone at the number listed on this site or by visiting a licensed vendor. The IDNR has also provided an online-interactive list, complete with contact information, of authorized dealers of hunting licenses and permits, where vendors can be sought based on county or city. 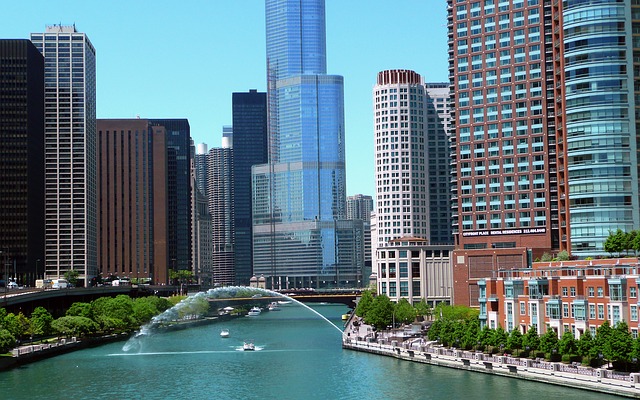 Who Is Eligible For A Illinois Hunting License?

All active hunters in Illinois, regardless of age, must have a valid hunting license. There are generally three different types. The first is a standard Resident Hunting License. A resident is defined as someone who has a permanent residency in Illinois. To qualify as a resident, the applicant must also have resided in the State for at least 30 days directly before application. If a resident hunter is under 18 years old, then he or she must apply for a youth hunting license. When on the field and carrying a bow, crossbow or firearm, youth hunters must be under the direct supervision of a licensed hunter at least 21 years of age.  Finally, all nonresidents must have a Non-Resident Hunting License. There is no youth license for nonresidents, meaning all nonresidents hunters of any age group must apply for the same general license.

Both resident and nonresident hunters who were born after 31 December 1979 must complete an IDNR Hunter Education Course. This course can be taken in-person or, if the student is at least 18 years of age, completely online. For more information, including how to book classes, please visit the IDNR’s Hunter Safety webpage.

The State of Illinois has an Apprentice Hunter License for those who have not completed the Hunter Education Course and are not yet fully licensed. This permit allows the holder to go on supervised hunts. So an apprenticed hunter aged 17 and under is allowed to hunt with a parent or guardian so long as such person has a valid hunting license. Apprenticed hunters aged 18 and above can go hunting with any family member or friend so long as such person is at least 21 years of age and has a hunting license.  A hunter can purchase an Apprentice Hunter License only once.

Cost of obtaining a Hunting License in Illinois

As with other States, there is a disparity in the cost of licenses for residents and nonresidents. In other words, resident licenses are significantly less expensive. For example, a Non-Resident Hunting License costs almost four times as much as the same for a resident. However, in general, it seems that hunting licenses are more moderately priced in Illinois than in some other States. 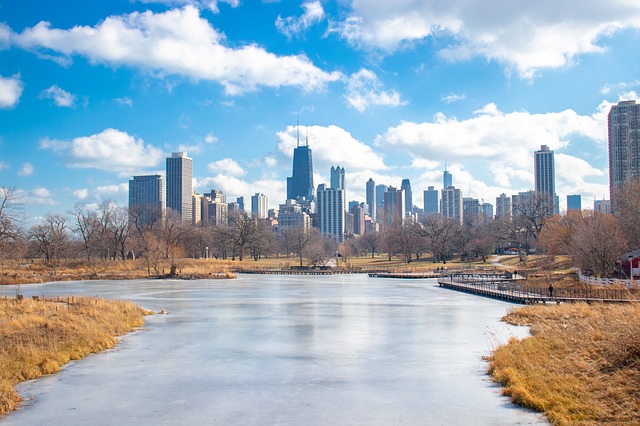 Where to Hunt in Illinois

Interested parties can get information on one of Illinois’ many public hunting sites by visiting IDNR’s Public Hunting Areas webpage. However, of all US States, Illinois has one of the highest percentages of privately-owned land at 96%. Thus it is almost inevitable that hunters either choose to use private land or are compelled to do so to pursue wounded game, hunting dogs, etc. Under such circumstances, they are required to get the landowner’s written consent via the IDNR’s Land Access Permission form.

Below are a few of the general regulations that govern hunting in the State of Illinois. The latest edition of the complete Illinois hunting guide, which includes basically all of the information hunters will need, can be downloaded from this website.

Below are some of the prominent game species you will find in the State of Illinois, as well as their respective seasons.

Of course, at the top of the list are whitetail deer. These animals can be hunted from the latter part of the year going into the early part of the next. Turkeys, however, have two general seasons, one in the Spring and the other in the Fall. The first turkey season consists of the latter Spring months. The Fall season spans from the entirety of the last third of the year into the beginning of the proceeding one.

Despite that fact that feral swine are considered a nuisance animal, they can only be shot during firearm deer seasons.  If a landowner intends to hunt them during other times of the year, he or she must first obtain a Nuisance Wildlife Removal Permit.

Furbearing game species available in Illinois include bobcats, coyotes, foxes, opossums, rabbits, raccoons, skunks, squirrels and woodchucks. Bobcats, foxes, opossums, and raccoons share a common hunting season that spans from very late in the year to early at the beginning of the next, and during this time their season is briefly closed to accommodate firearm deer hunting. Coyotes and skunks also have a common season in that they can be hunted year-round, though, like the aforementioned, they cannot be hunted late in the year during firearm deer season. Rabbits share a season similar to bobcats, etc., though they can still be hunted even when firearm deer is in effect. Woodchucks can also be hunted virtually year-round, with the only time they cannot be pursued being the first quarter.

In Illinois, upland game birds (partridges, pheasants, and quail) are normally hunted during the height of the winter season.

Prominent migratory birds and waterfowl in the State of Illinois include American coots, crows, doves, ducks (including mergansers), geese and rails. Coots, crows, ducks and geese can be hunted from the latter part of the year going into the early part of the next. The open season for sora and Virginia rails is early through late Fall. The hunting season for doves encompasses all of Fall and the early part of Winter. Swans are also present in Illinois. However, since they are protected by the State, they are therefore not huntable. 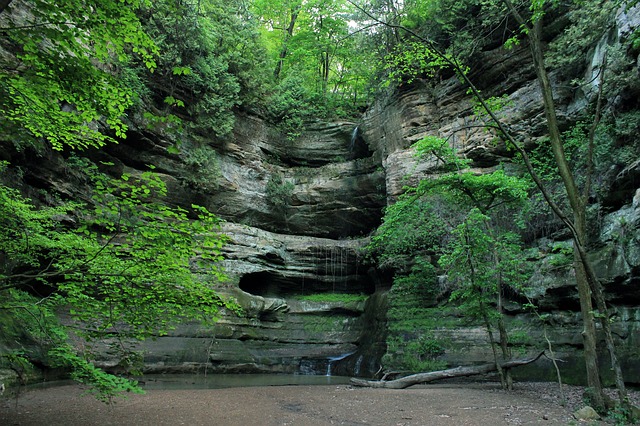 Hunting Guides & Outfitters in the State of Illinois

Now that you know the procedure for acquiring a hunting license as well as what game species are available, it’s time to seek out professional assistance in pulling off a successful hunting expedition.  Guides fit the bill at directing hunters to the ideal places to find the desired game, and outfitters have all of the necessary equipment on-site to save you from going through the hassle of having to lug it along yourself. Below is a collection of such experts that a hunter in Illinois can consider contacting if he/she deems such necessary:

HUNTING LODGES IN THE STATE OF ILLINOIS

Some outfitters have also gone the extra mile of providing lodges that cater specifically to hunters.  Below are some who in addition to the aforementioned services also provide accommodation.

In some cases, hunters are required to report their successful hunts to the State. Below are the species where such is necessary for Illinois.

Deer and turkey harvests are to be reported to the IDNR either by the telephone number they have listed or online via their Illinois Deer and Turkey Harvest Reporting Site. Turkeys are to be reported on the same day they are harvested, in the Spring by 3:00 pm and in the Fall by 10:00 pm.

Successful feral swine harvests, though they can be legally kept, have to be reported to the Wildlife Disease and Invasive Animals Program Manager via telephone at the telephone number provided by the IDNR.

As with other States, hunters who intend on pursuing migratory birds in Illinois must first get Harvest Information Program (HIP) certification and then report their successful harvests at the end of each season. This is strictly for monitoring and management purposes by the federal government.

Information on hunting in Illinois is somewhat-sparse and relatively-difficult to obtain. As such to make the process easier, it is highly recommended that interested parties download the latest edition of the Illinois Digest of Hunting and Trapping Regulations. However, this very document should also prove useful in guiding you on the path to having a victorious hunting expedition in the State of Illinois, and in that regard, we once again wish you the best in your gaming excursions!

Q. What qualifies a person as a resident of Illinois, as stipulated by the IDNR?

A. A resident of Illinois is anyone who has their permanent home in the State and has lived in Illinois for at least the last 30 days before submitting his or her application. Such a person cannot be a legal resident of another State. In addition to this, all active military personnel is defined as residents of Illinois.

Q. Do landowners need a license to hunt on their own properties in Illinois?

A. Landowners are exempt from requiring a license to hunt on their own property, and so are their immediate family members (children, parents, and siblings) who also permanently reside on their land.  That said, a landowner may still need documentation to hunt some species, such as a Federal Waterfowl Stamp.

Q. I am a resident under the age of 18 that is interested in acquiring a youth hunting license. Do I need to complete the Hunter Education Course first?

A. No. A youth hunting license can be obtained with first completing Hunter Education. Younger resident hunters should also note that whereas a youth license is mandatory for those under the age of 18, it is also available to hunters who are actually 18 years old.

Q. What is the Illinois Damage Management Program, in relation to feral swine?

A. The IDNR has teamed up with the United States Department of Agriculture (USDA) to implement the above-mentioned program to assist landowners in eliminating feral swine populations. In that regard, these government agencies assist landowners with education, logistics, etc.  Also note that while feral swine can only be shot during firearm deer seasons, apparently trapping is permissible during other times of the year.

Tags:Hunting in State of Illinois